“ANOTHER WEEKEND” B/W “ODE TO THE GOAT (THANK YOU)” 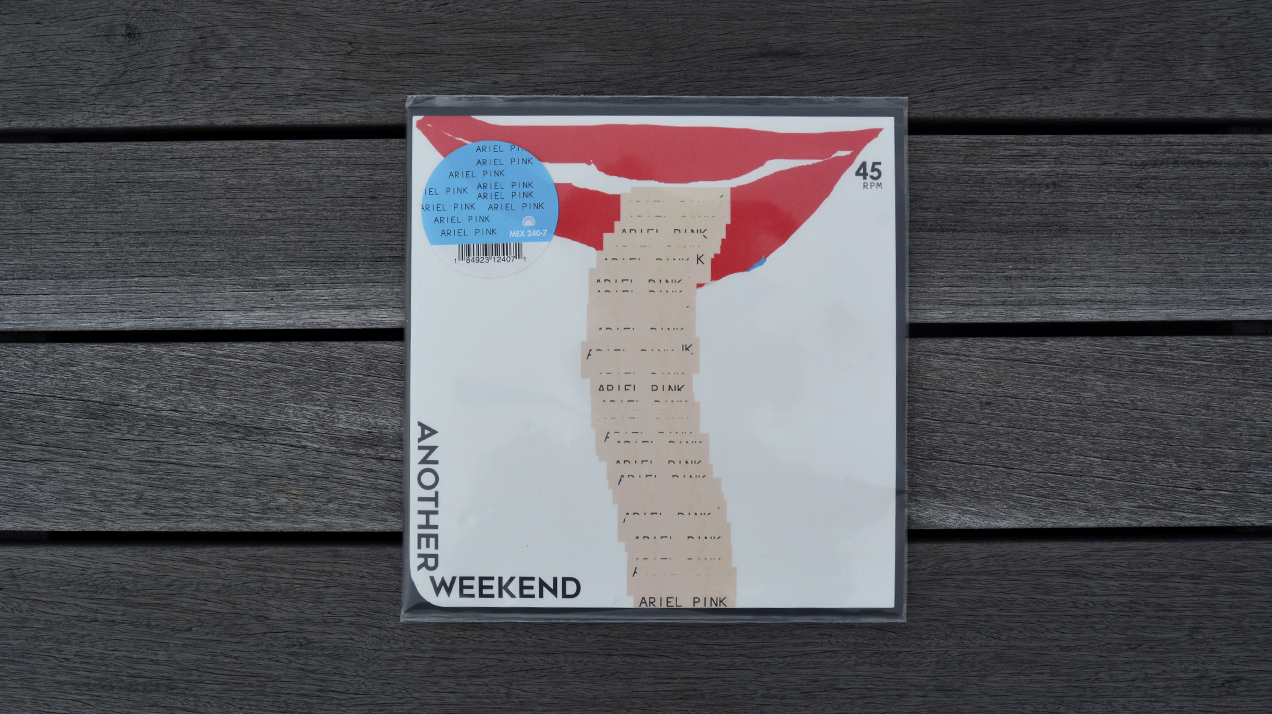 Order  “ANOTHER WEEKEND” B/W “ODE TO THE GOAT (THANK YOU)” here.

Ariel Pink sets a serene but complicated scene for the next chapter in his curious career with “Another Weekend,” the first solo material heard since the prog-pop opus pom pom. Contrary to the lyrics of “Another Weekend” (and fortunately for both fanatics and the newly initiated), Pink is neither too shy or humble to have brought his singular style of pop music beyond the bedroom for the befuddled masses over the past two decades, but returned to the formative, familiar setting to craft what will surely live as another shimmering moment in an unrivaled canon.  Encapsulating the lingering euphoria of a regrettable weekend over the edge, “Another Weekend” speaks in morose volumes while whispering sweetly, the dichotomy of Pink’s pathos once again on display. Backed with “Ode To The Goat (Thank You)”, “Another Weekend” will be shared as a 7” single and through conventional music serving mechanisms on August 18.